The 2020 Minnesota State High School League Boys Hockey State Tournament will have plenty of representation from the Wright County Conference with both the Delano Tigers and Hutchinson Tigers earning their spot in the field of eight. Tournament actions begins at the Xcel Energy Center on March 4.

After a fourth place finish in the conference standings Hutchinson (19-8-1) were the top seed in the Section 3A playoffs where they cruised to the title defeating Fairmont, Luverne and Litchfield/Dassel-Cokato (another WCC member).

2020 will mark the fifth tournament appearance for Hutchinson, back after an 11-year absence. Austin Jozwick is the player to watch for these Tigers. He leads the team in scoring with 33 goals and 26 assists. Hayden Jensen was also a big contributor to the offense with 36 points scoring 20 goals.

Congratulations and good luck to both the Delano Tigers and Hutchinson Tigers of @WrightCoHockey – both headed to the @MSHSL State Tournament!

Delano (21-6-0) are back at the state tournament for the third time in the past four seasons after winning Section 2A. The Tigers took home the consolation title in their previous appearances in 2019 and 2017.

Seeded second behind conference rival Orono, the Tigers defeated Southwest Christian/Richfield and Breck before their epic double-overtime win against Robbinsdale Armstrong/Cooper 3-2 in the final on Thursday at a jam-packed Rec Center in St. Louis Park. 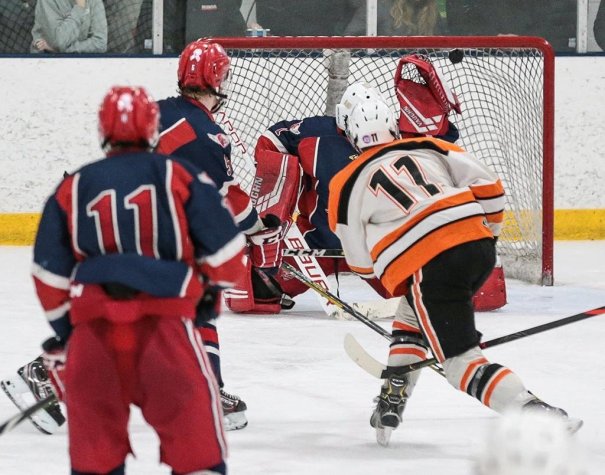 The Delano offense is balanced with nine players who posted at least 14 points. Junior team captain Adam Brown led the team with 39 points. Overtime goal scorer Jesse Peterson (15 goals, 18 assists) and Gunnar Paulson (10 goals, 23 assists) – both just sophomores – were not far behind each with 33 points. Michael Weber, freshman Will Brown and junior Trevor Oja all scored 10 goals or more.

Defenseman Jack Keranen – another junior – is another player to watch for Delano. He put up 18 points during the season after an impressive fall in the Upper Midwest High School Elite League.

Goaltender Cade Lommel was superb in the section final making 39 saves. He has a record of 17-5-0 along with a 2.09 GAA and .915 save%. The senior has committed to play baseball at NCAA Division I Creighton.