League leading Bancroft Bandits (14-3) will be two pitchers short when they resume action this week after a pair signed professional contracts.

Right hander Nile Ball will be making the jump from collegiate summer ball in northern Iowa to Sioux City Explorers of the American Association of Independent Baseball. While its just a 150-mile trip to Sioux City, the level of competition be a step up as the AAIPB is considered by most as “high” independent league.

The 22-year old Ball will take the place of pitcher Jason Garcia who had his contract purchased from Sioux City by the Tampa Rays organization. He played his 2019 college season at the University of North Carolina Pembroke.

We would like to congratulate our very own Nile Ball on signing with the Sioux City Explorers in the American Association Professional Baseball League! #W1Nile @nile24ball @SiouxCityXs @AA_Baseball @Pioneer_Ball pic.twitter.com/IF5lUBCDo1 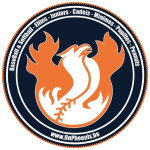 His summer teammate, lefty Ryan Byrd, is also is on the move – to Belgium. He will suit up for the Mont Saint-Guibert Phoenix of the top league in the country. Byrd is a 2019 graduate of Southern Illinois University Evansville.