Aspen started the weekend with a Friday night tilt at Steamboat Wranglers. An evenly played game throughout, the teams split points ending in a 2-2 tie. Leafs goaltender Willie Chan (31 saves) had a strong game between the pipes as did his counterpart Trevor DiLauro (29 saves).

Those same teams faced off again on Saturday in Steamboat, but the result ended differently. Aspen scored three times in the first period and held off a third period comeback to win 4-3. Four different Leafs scored including Brett Hawkins (1 goal, 2 assists) while Tommy Bowe assisted on three of the goals. Chan won again in net stopping 35 shots. 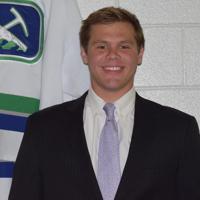 League leading Pikes Peak traveled to take on the Colorado Thunderbirds Saturday and cruised to a 9-0 victory. Lars Culver, Christian Gums and Kole Mudra each scored a pair for the Miners. Goaltender Erik Anderson stopped all 46 shots he faced to earn the shutout.

The weekend wrapped up on Sunday with the Miners earning another road win, this time 3-2 over the Thunderbirds. Paul Norris scored twice in the first and assisted on the game winner scored by Mudra in the second. The Thunderbirds did make a game of it when Alec Dekramer scored early in the third period. Outshooting Pikes Peak 15-8 wasn’t enough though Levi Clemenson did score a last minute goal to make the final 3-2.

Matty Taylor made 36 saves to earn the win for Pikes Peak while Ulysses Palomares stopped 36 of 39 shots in the loss.